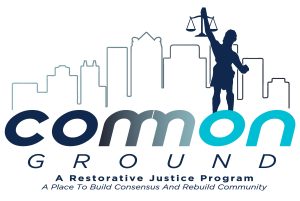 Birmingham, AL – (November 21, 2022) – The City of Birmingham continued its investment in area youths Tuesday by approving funds for a conflict resolution curriculum to be used in Birmingham City Schools.

“This is another tool in our toolbox as we work to support prevention measures to address violent crime in our community,” Mayor Randall L. Woodfin said. “I want to thank the Birmingham City Council as well as Birmingham City Schools for this partnership.”

The H.E.A.T. curriculum, currently used in Birmingham Municipal Court as part of the drug court initiative, expanded to a pilot program at Carver High School in 2021 to address conflict resolution.

“We decided to take that same concept and adapt it to conflict resolution. Instead of talking about substance use or abuse, we talk about violence,” said Birmingham Municipal Court Presiding Judge Andra Sparks. “We have found the transition has been good. We have seen a significant difference in the young men that have gone through the program.”

“We believe in the program so much that we have brought all of our school principals here in support of it. There is a need for conflict resolution in our schools,” Birmingham City Schools Superintendent Dr. Mark Sullivan told members of the council while flanked by principals.

The curriculum will be supported by up to 100 trained and credentialed coaches who will provide therapeutic counseling sessions two times a week within Birmingham City Schools. Each participating school (K-5 schools will not be included in this first phase), will identify 15 to 20 students for the program.

The program budget will be $1 million with all services performed over the next three fiscal years.

Approval of the conflict resolution initiative is part of the Woodfin administration’s effort to address violent crime through investments in prevention and re-entry programs as well as enforcement. This fiscal year, the city has committed:

The city has also designated funding for a juvenile re-entry program.

These investments are enhanced by the city’s recently announced support to expand early childhood education through Birmingham Talks and the launch of a financial literacy curriculum for Birmingham City School students with the BHM Financial Freedom program.

Combined, these programs are part of an overall engagement in multi-sector collaboration to focus on root causes of violence in order to enhance the continuance of care to better address prevention and re-entry.

For more information on Common Ground and H.E.A.T contact bmc.commonground@birminghamal.gov